Application Of Raman Spectrometers In Gemology

Application Of Raman Spectrometers In Gemology Fig 1Gem Figure
Principle: Raman Scattering Spectroscopy
Advantages of Raman spectroscopy for analysis raman spectroscopy analysis method does not require pretreatment of the sample, and there is no sample preparation process, avoiding some errors, and in the process of analysis, simple operation, short determination time, high sensitivity. Laser Raman spectroscopy is a kind of laser photon inelastic collision with gem molecules,  which  changes  the  original  entry  A  molecular  coscattering  spectrum  at  the frequency of emission. The scattered light from such inelastic collisions is often referred to as raman light spectrum.  In the process of laser photons colliding with molecules, they are not only absorbed by molecules, but also scattered.Due to the touch,there are various forms of scattering between photons and molecules in different collision modes:

1. Elastic Collision
There is no energy exchange between the photon and the molecule, only the direction of motion of the photon is changed, and its scattering frequency is equal to Incident frequency, this type of scattering is called Rayleigh scattering on the spectrum.

2.Inelastic Collision
Energy is exchanged between the photon and the molecule when they collide, which changes the direction of the photon's motion.The energy is changed so that the scattering frequency is different from the incident frequency. This kind of scattering is called Raman scattering in the spectrum.

3. Energy Difference OfTwo Transitions In Raman Scattering
When the frequency of the scattered light is lower than the frequency of the incident light, the molecular energy is lost. This type of scattering line is called stokes line;If the frequency of the scattered light is higher than that of the incident light, the molecular energy increases, such scattered lines are called antiStokes lines.The former is the molecule absorption energy transition to a higher energy level, the latter is the molecule release energy transition to a lower  energy  level.  A  beam  of light  shining  on  a  substance  is  actually  a  probe  of the substance, because  the  light  reflected,  refracted  and  scattered  from  the  substance  carries information  about  the  substance.The  scattered  light,  though  very  faint,  contains  deep information about the structure of matter. In addition to Rayleigh scattering light, there is another, fainter component of light called Raman scattering light.It is formed by inelastic collisions between photons and elemental excitations (such as phonons) in matter.According to the principle of energy and momentum conservation in the collision process, the direction and energy of scattered photons have changed, and this part of scattered light is called Raman scattered  light.Any  molecule,  any  crystal,  because  of its  particular  atomic  composition, structure, symmetry, has a particular set of vibrations, called phonon spectrum or vibrational spectrum.This  spectrum  is  actually  the  "fingerprint"  of the  corresponding  molecule  and crystal, and accurate measurement of the phonon spectrum of a substance provides a solid foundation for the identification of crystal and molecule.

Fig 2Raman Spectra OfBurmese Jade, False Burmese Jade And Yuhua Stone
In figure 2,a is the standard spectrum of Burmese jade, b is a sample ofBurmese jade from my personal collection, and d is Burmese jade sent for examination b it is a genuine Burmese jade,d it is not,c is our  Raman spectrum of yuhua stone (a kind of fused quartz whose main chemical composition is SiO2), which is the same as d spectrum.This consistent, prove the socalled "Burmese jade" is nothing but the cheap stone such as yuhua stone dyed fake.The measurement of the gem body gives the corresponding gem crystal "fingerprint" vibration spectrum, while the fake treasure.The vibration spectrum of stone is completely different from that of real gems due to different materials, which is clear from the Raman spectrum obtained.

2. Inclusion Measurement
Inclusions are impurities existing in the gem,  foreign matter captured during the mineral formation process, or a small amount of second phase removed from the body.    Due to the different  formation mechanism  and geological  environment  of various  gem minerals, the compositions of surrounding rocks and media are different, and the inclusions contained in them  are  also  different.  If we  can  directly  analyze  and measure these  inclusions,we  can provide  important  information  for  gem  occurrence.And  destroy  the  gem,  which  is  often unacceptable.Confocal Raman microscopy shows the superiority, by focusing the incident  light beam  on  the  inclusion below the  surface  of the  gem,  the phonon  spectrum  of the inclusion can be directly obtained.We used Raman spectrometer to detect an emerald.When the laser shines on the normal position of the gem, the obtained Raman spectrum is shown in FIG. 3a, and then the laser beam is focused on an enveloping body with a size of only 6 λ m in the middle of the gem. The obtained Raman spectrum is shown in FIG. 3b, and the two spectra are normalized and differentiated by computer to get FIG. 3c.Figure 3c was analyzed and  compared  with  the  computer  Internal  Raman  spectrogram  database.  Finally,  it  was determined that the inclusion was a mineral crystal with anatase structure.Until now, it had been assumed empirically that the unique inclusion was a rutile (TiO2) mineral.Raman has now  provided  more  accurate  information  by  providing  characteristic  parameters  of the mineral's structure, revealing that it is in fact an anatase crystal. 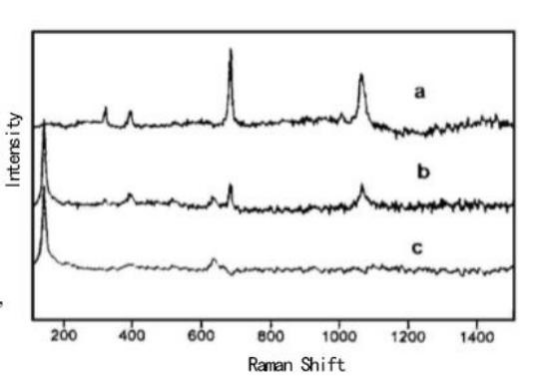 Fig 3Raman Spectra OfEmeralds And Their Encapsulation
3. Filling Measurement
Defects  and  cracks  in  some  natural  gems  seriously  affect  their  value.Therefore,  the manufacturer uses the principle of physical refraction to select some substances with the same refractive index as gems, such as oil, glue, resin and other fillers to fill these defects, so that people can not see the cracks, so that the defects are covered up, so that its "quality" is greatly improved.    Using a microscopic Raman spectrometer to focus a laser beam on a small area of suspicion, a rapid and accurate Raman spectrum can be obtained by analyzing whether the gem has been treated and what the filling is.Figure 4 is the Raman spectrum of a common epoxy resin filler. Fig 4Raman Spectra OfEpoxy Resin
4.  Light Fluorescence Spectrum
Figure 5a shows the Raman spectrum of Myanmar spinel and Figure 5a shows the Raman spectrum of synthetic vermillion spinel.By comparison, it can be seen that there are five main bands and obvious companion lines in Figure 5a, while it is difficult to distinguish companion lines in the synthesized figure 5b.This makes it easy to tell a natural stone from a synthetic one.The inaccuracy of the conventional visual identification has been eliminated, and the fluorescence spectra obtained by Raman  spectrometer can quickly,  accurately  and clearly indicate the origin of gemstones. Raman Shift
Fig 6Raman And Fluorescence SpectraOfA, B and C Cargoes ofBurmese Jade
Conclusion:
Compared with the traditional gemstone identification method, the identification information given  by  Raman  spectroscopy  belongs  to the  deep  information  of material,and  is  the comprehensive information of material composition and structure. Therefore, from the point of view  of identification,ithas  greater  reliability  and  accuracy.Through  the  analysis  of Raman spectrum, not only can the authenticity of gemstones be analyzed at a glance, but also the natural or artificial gemstones can be analyzed from the microscopic Raman measurement of the inclusion of gemstones, and even the origin of natural gemstones can be traced.
Related Products:
ATR3000
ATR6500