author: cily
2022-12-20
The opening event has received strong support and concern from the provincial, municipal and district governments, and many authoritative figures have come to the opening event site. Thank you for your strong support from leaders and friends. Optosky will keep your blessings in mind and use this as a starting point to provide more excellent products and solutions for the industry! The founder, Dr. Liu Hongfei, first expressed his gratitude to the guests and friends from afar. At this joyous moment of the opening ceremony, he shared with the guests the achievements of Optosky in the past 7 years. At the same time, he also made developments for the Changsha headquarters base. Plan to increase investment in Changsha to build a domestic first-class optical instrument industrial park in the next 2-3 years, gather upstream and downstream enterprises through investment and business invitation, and strive to build a 10 billion industrial park within 10 years, incubate a new listed company, invest And cultivate 4-5 specialized and special new enterprises; thank you for your help and affirmation of Optosky's growth along the way, and expounded Optosky's goals and confidence in this new starting point and new journey, and look forward to everyone We can witness and grow together! 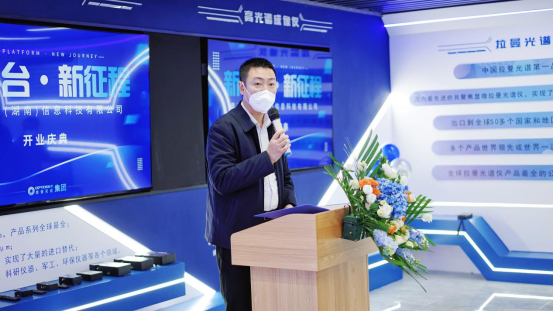 Guest speech Liu Zhengwen, member of the party group of Tianxin District Government and deputy head of the district

Liu Zhengwen, a member of the party group of Tianxin District Government, represented the Tianxin District Government at the opening ceremony. At present, Changsha is fully promoting the strategy of "three highs and four new" and the strategy of strengthening the city with talents. This year, it launched 45 new policies for talents. "He returned to the project with Xiangshang. As a leader in optical instruments, Optosky has strong research and development capabilities, high scarcity in the industry, and good development prospects. Under the background of the epidemic, it has achieved 200-300% growth every year, becoming the most powerful in the optical field. Potential unicorn company; Tianxin District fully supports Optosky's development in Hunan, and fully supports Optosky in building a world-class industrial ecology in Changsha and Tianxin District. Dean Yang Chunhua, Dean of the School of Automation, Central South University, from the acquaintance in 2017 to the acquaintance and conversation, witnessed the development of Optosky from small to strong, and found that Optosky is a company that really focuses on making good products. The products are very Rich and fast iteration speed, so Optosky will have a bright future and become the pride of domestic instruments. 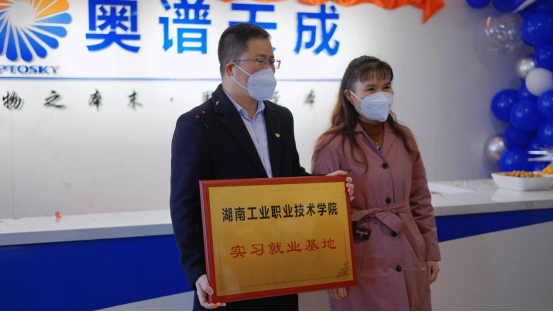 Liao Youlian, Secretary of the Party Branch of the School of Information Engineering, Hunan Industrial Vocational and Technical College

On behalf of Hunan Industrial Vocational and Technical College and Optosky reached a cooperative relationship to establish an internship employment base. Since its establishment in 2015, Optosky has been committed to the high-end spectrometer industry. Despite the impact of the international situation and the epidemic, with its solid R&D capabilities and continuous R&D investment, Optosky still maintains a high-speed development trend, adhering to the " The spirit of exploring the root and the end of things, and being true to the heart has maintained the all-round, healthy and high-quality growth of technology and business, and has gained great recognition from domestic and foreign industry customers. Group photo at the opening ceremony

The growth of Optosky has opened a new milestone for the accelerated development of Optosky in the future. All staff of Optosky will also redouble their efforts to make greater contributions to the development of scientific research and high-end spectrometer industry.

With the development needs of the enterprise, Optosky Changsha Company, as the second headquarters of Optosky, has officially settled in the 10th floor of Block A, Xinyuan Xinyuehui, Tianxin District. It has been fully put into use and is operating normally. Due to the recent ups and downs of the epidemic, many customer partners were unable to attend the ceremony. Here, I also thank all partners for their blessings from afar! When the epidemic situation improves, welcome everyone to Optosky Changsha Company to drink tea and chat!