How to Detect COD in the Field Environment by UV Spectroscopy

How to Detect COD in the Field Environment by UV Spectroscopy Challenge
COD represents the degree of pollution of water bodies by reducing substances. Compared with the traditional method for detecting COD, it has the disadvantages of long detection time and complicated operation. UV spectroscopy has become the mainstream detection method due to its fast detection speed and no need to use chemical reagents.
However, the previous COD detection article used standard water samples. In fact, it did not take into account the use of UV spectroscopy to detect COD accuracy under low-temperature environments and the turbidity of water samples.
Solution
1. The experimental instrument is composed of a Xenon scintillation lamp from Xiamen Optosky, a dimmable optical fiber sensing probe, a full-spectrum optical fiber spectrometer, and a central controller. The absorption spectrum of the solution is measured by the optical fiber sensing system. The system includes a light source, a The dimming program is composed of optical fiber sensor probe, spectrometer, optical fiber, central controller, and display. The total wavelength range of the test is 200-1000nm, the resolution is 2.3nm, and the signal-to-noise ratio is >500:1. The system is shown in Figure 1. Fig. 1 Physical diagram of experimental divece
The experimental samples are the COD standard solution prepared in accordance with the potassium dichromate method specified in the national standard and the actual water sample collected from surface water in a certain area of Changchun City. The actual water sample concentration was adopted by an environmental research institute in Qingdao, Shandong Province to adopt the national standard of potassium dichromate Method detection.
2. Spectral collection
In order to determine the best wavelength for COD detection under UV spectroscopy, prepare COD standard solutions with concentrations of 20, 50, 125, 160, 250 and 350 mg·L-1, and collect their absorption spectra at full wavelengths, see Figure 2. 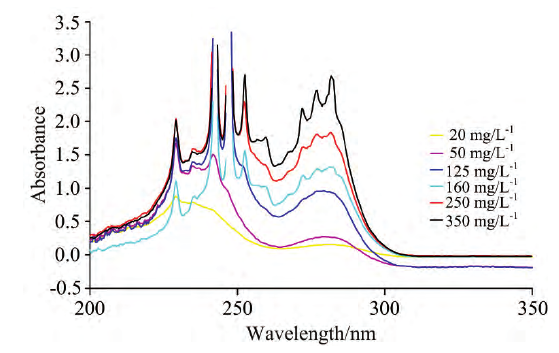 Figure 4  80mg·L-1 COD spectrum standard water sample with different temperature
Collect the UV absorption spectra of COD standard water samples with different concentrations, the absorbance values at wavelengths of 256, 267, 276, 286, and 296 nm were collected, and a unitary linear regression model was established based on the obtained data, and linear fitting was performed.